We like to make wines wich are easy to drink, easy to enjoy, and express the „genius loci” of these southern Hungarian area, where Hungarians live together with Schwabisch and Balcanian ethnicities. 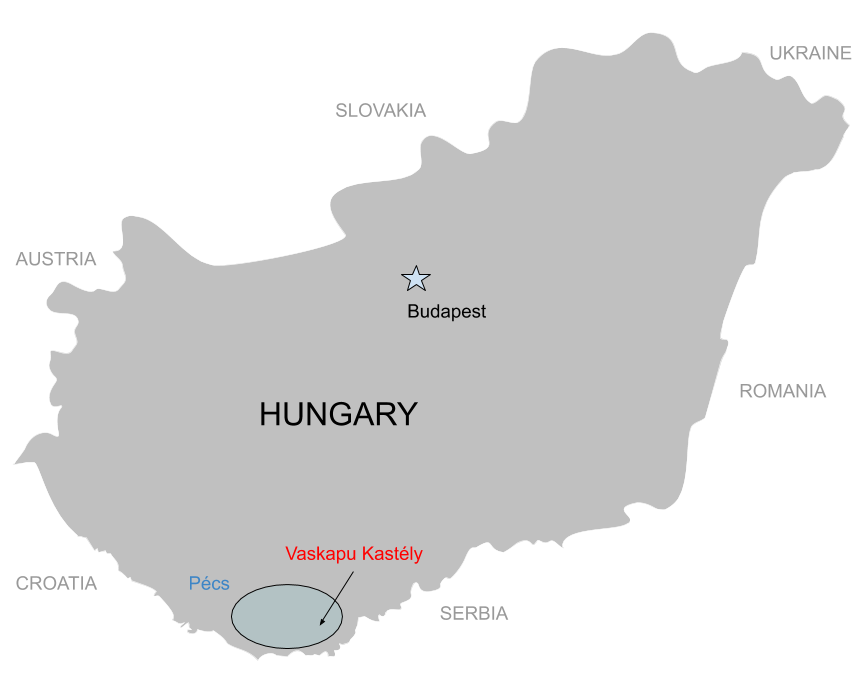 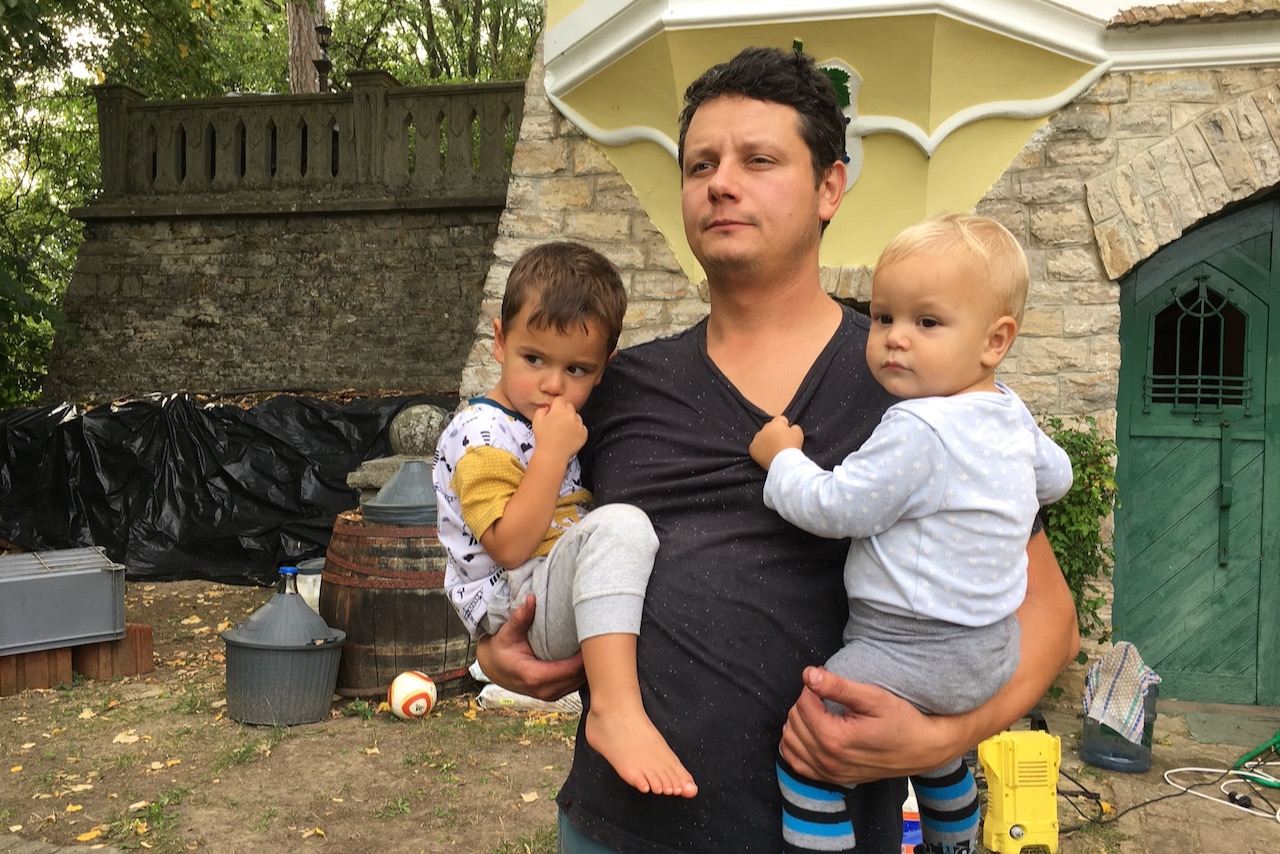 Géza Galán and his boys

I first visited Pécs in 2015 to seek out its modern calling card grape Cirfandli (aka Zierfandler). We had also just missed the Mohács festival (Busójárás) which is based on the Šokci people saying good-bye to winter while wearing scary wooden masks, wooly white fur costumes and burning a massive coffin. In any case, we never pulled the trigger on any Cirfandli, but the city and region made a distinct impression. 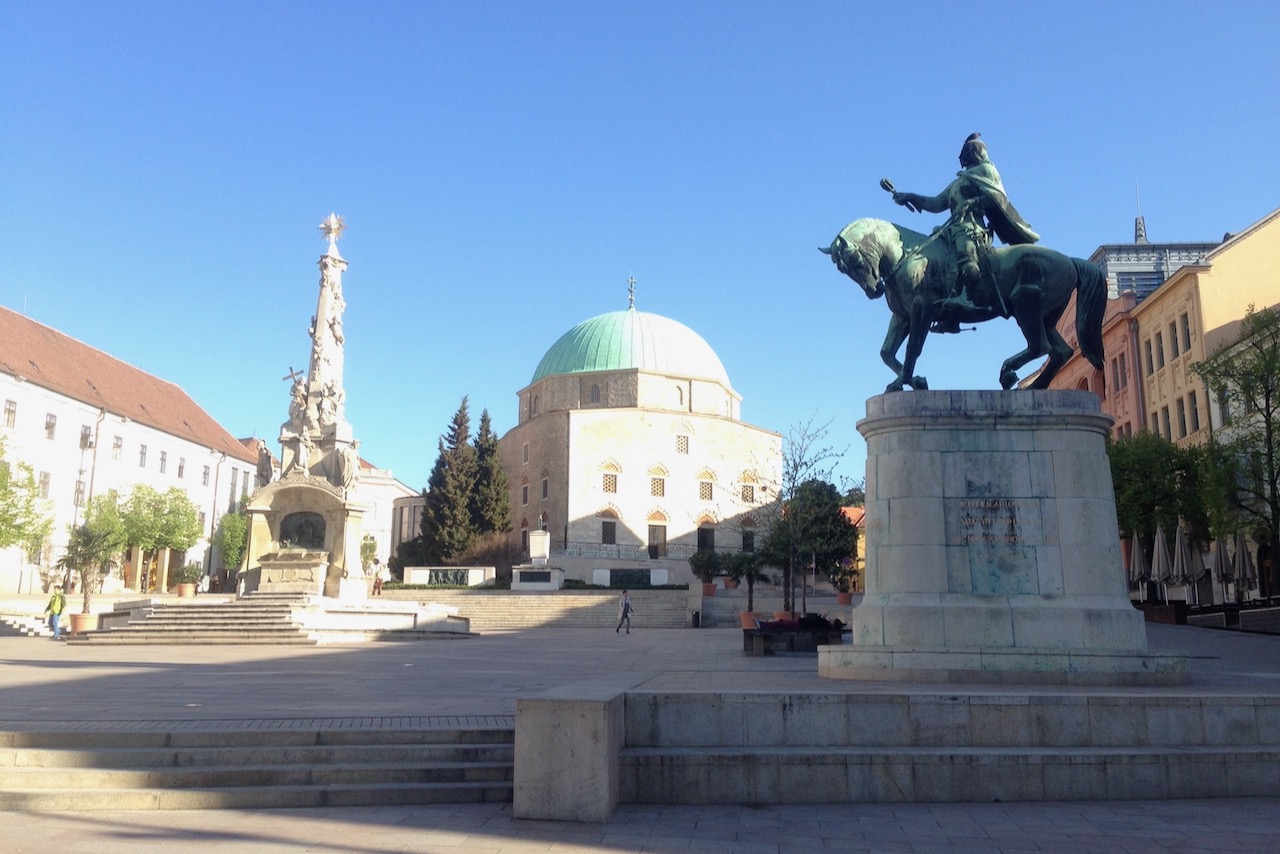 As soon as you enter Széchenyi Square in Pécs, there’s the immediate sense of Churches turned into Mosques turned back into Churches. There are Roman ruins, a 4th century Christian necropolis (UNESCO World Heritage Site in 2000), 16th Century Ottoman Mosques, Minarets, Turkish baths, Synagogues, and although I haven’t seen it, apparently a museum that has the heart of Sultan Suleiman I.

About 40 min east of Pécs is the city of Mohács. For Hungarians, the Battle of Mohács in 1526 is perhaps the Kingdom of Hungary’s most painful historical scar. I won’t go into too much detail here, but it resulted in 150 years of Ottoman rule. It’s far more complicated and devastating, but on the bright side of things, the region became a cultural melting pot that has survived it all to become something really special today. Pécs was the European Capital of Culture in 2010 and its motto is "The Borderless City." You can see, hear and taste the influences of the Serbs, Croats, Germans, Romanians, Greeks, Hungarians and of course the aforementioned Turks. 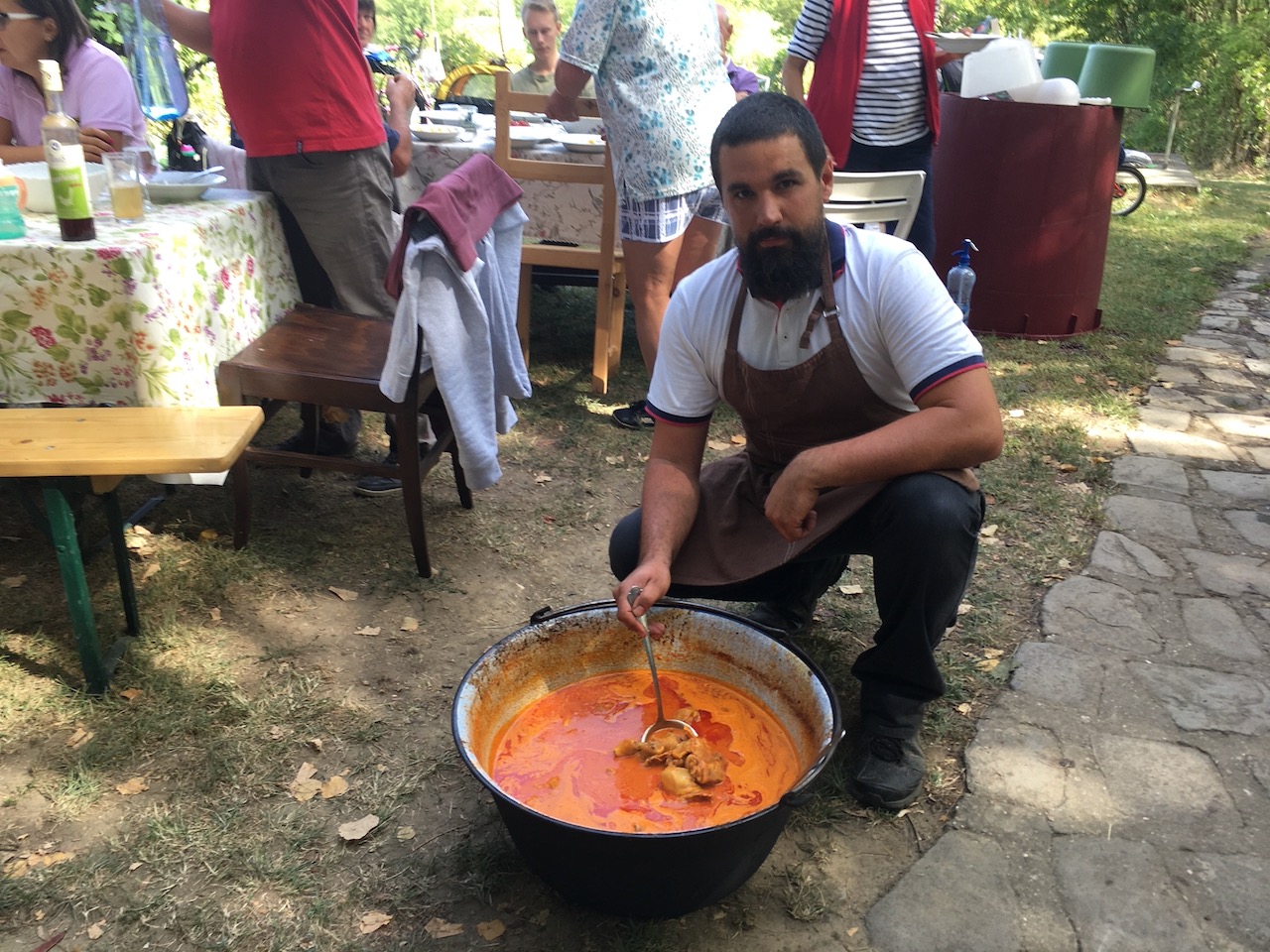 Beneath the city is another layer of history and tradition - over 50 kilometers of cellar leading to some 1300 cellar doors. This area has been on the wine route for over 3000 years and from at least 1694, the county’s coat of arms had wine grapes on it. Despite all of this, this area has remained very much under the radar for us in terms of wine. We’ve spent far more time in neighboring Szekszárd, Villány and across the Danube in Hajós-Baja. Hopefully we start changing that with the inaugural commercial vintage from Géza Galán. And to the best of our knowledge, these will also be inaugural wines from Mohács to reach the United States. 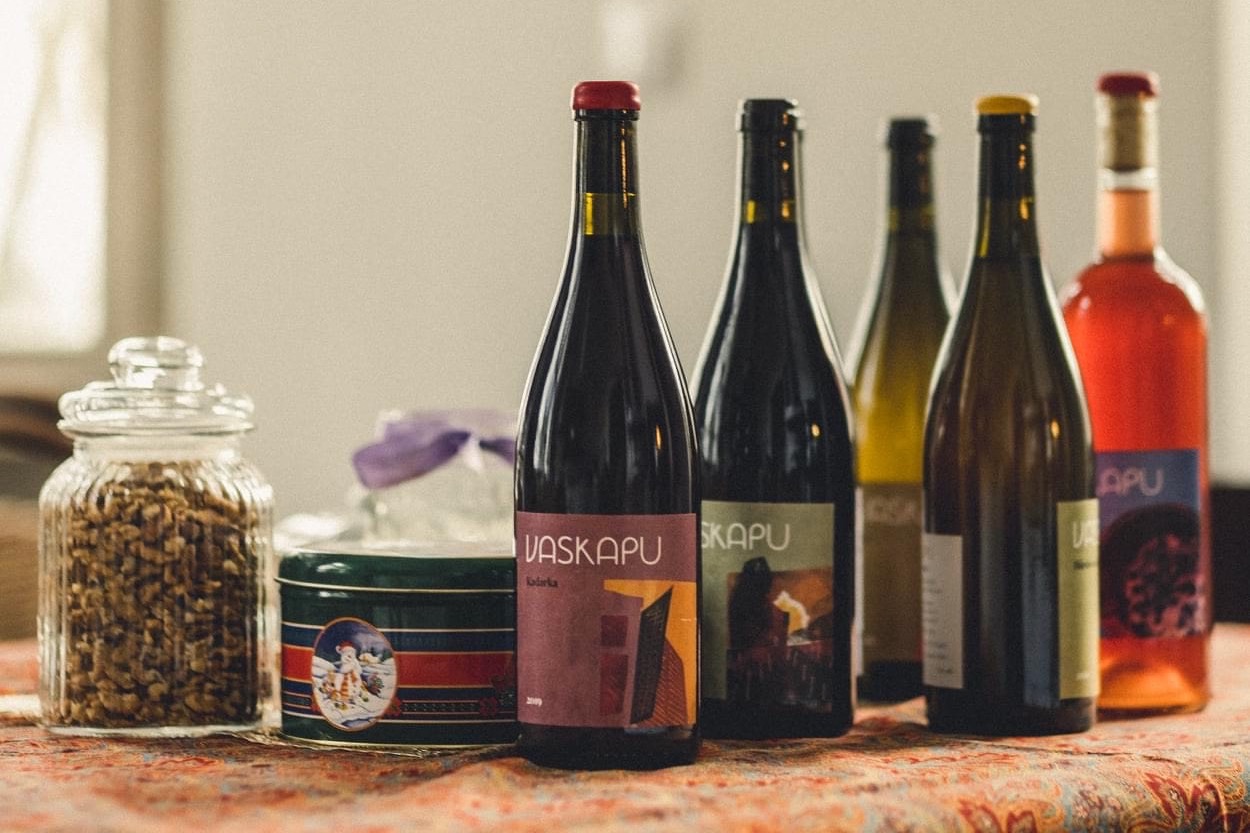 While Géza is not originally from the area, his wife Ibolya has her roots in Lánycsók (A girl’s kiss), which is a small village a stone’s throw from Mohács. In 2015 he started making a little hobby wine in a small cellar that quickly turned into an obsession. Three years later they made a leap of faith by buying the Vaskapu Kastély (Iron Gate Castle) in Mohács that entailed a house, cellar and vineyards. For the past 30 years an Alsatian couple had run everything but were fast approaching retirement and needed to sell.

The Alsatians had kept 2.5 hectares of native grapes like Kadarka and Hárslevelű thriving among others, most of which were planted in the early 1990s. Géza wrote to me that he wants his wines to express the “Genius loci” of Southern Hungary. Genius Loci basically translates to the protective spirit of a place which is an angle of terroir I hadn’t really thought about before. The spirit of the place in his mind are wines of celebration and community. 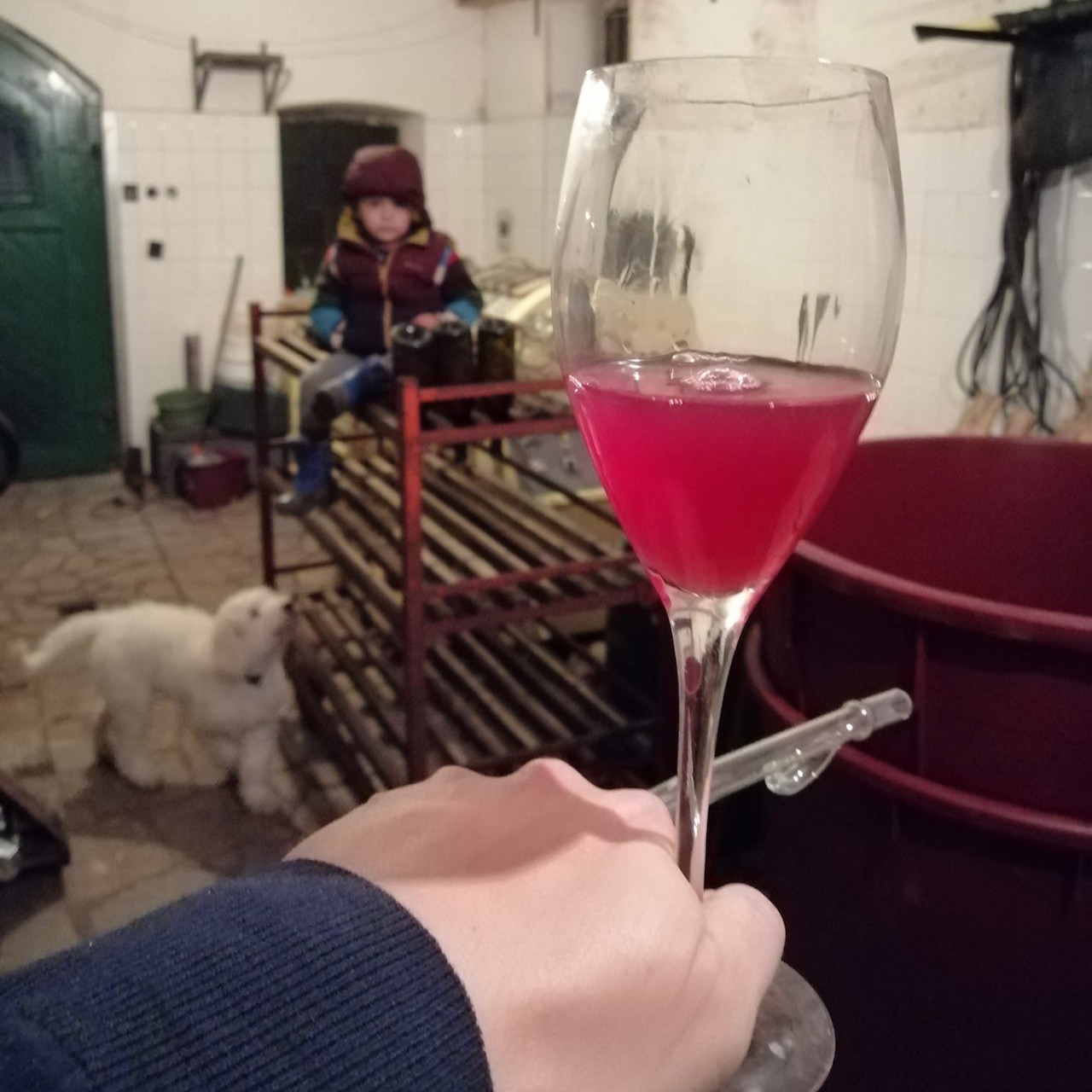 In order to do this, farming biodynamically and low intervention in the cellar are the means to this end. He also has two sons, Gáspár 3, and Zsigmond 2, who are ever present at the winery and in the vineyards. This is the kind of family that encapsulates the best of the new generation of growers in Hungary. They are farming and making wine that has long term family legacy in mind in both the health of the soil, the wines, and celebrating the culture and history of the area. According to Géza, “For me winemaking is life, it is the harmony between the human and nature, the responsibility for sustainability and our smaller societies.” 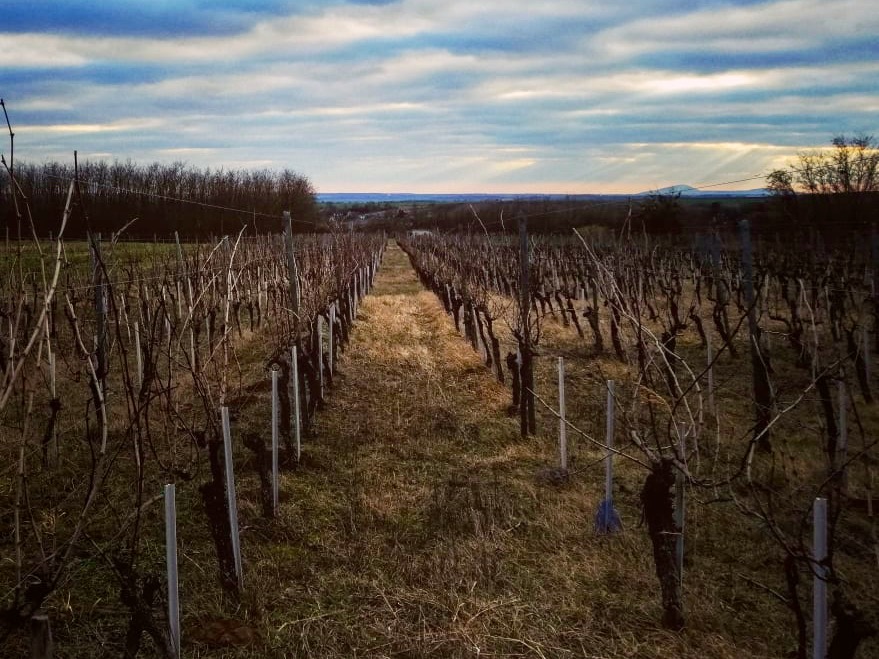 The Pannon wine region is comprised of four appellations: Tolna, Villány, Szekszárd and Pécs. All of which are all south of Budapest, west of the Danube, and just above the Croatian and Serbian borders. Post phylloxera, Pécs was known as Pécs-Villány, after 1940 it was the Mecsek Wine Region, after 1977 it switched to Mecsekalja Wine Region, and then in 2009 it was finally narrowed down to just Pécs. A classic Hungarian bureaucratic scenic route in attempting to define a wine region. Amazingly, despite 7000 hectares of classified vineyard land, only 700 hectares are currently under vine and even less are commercially cultivated. 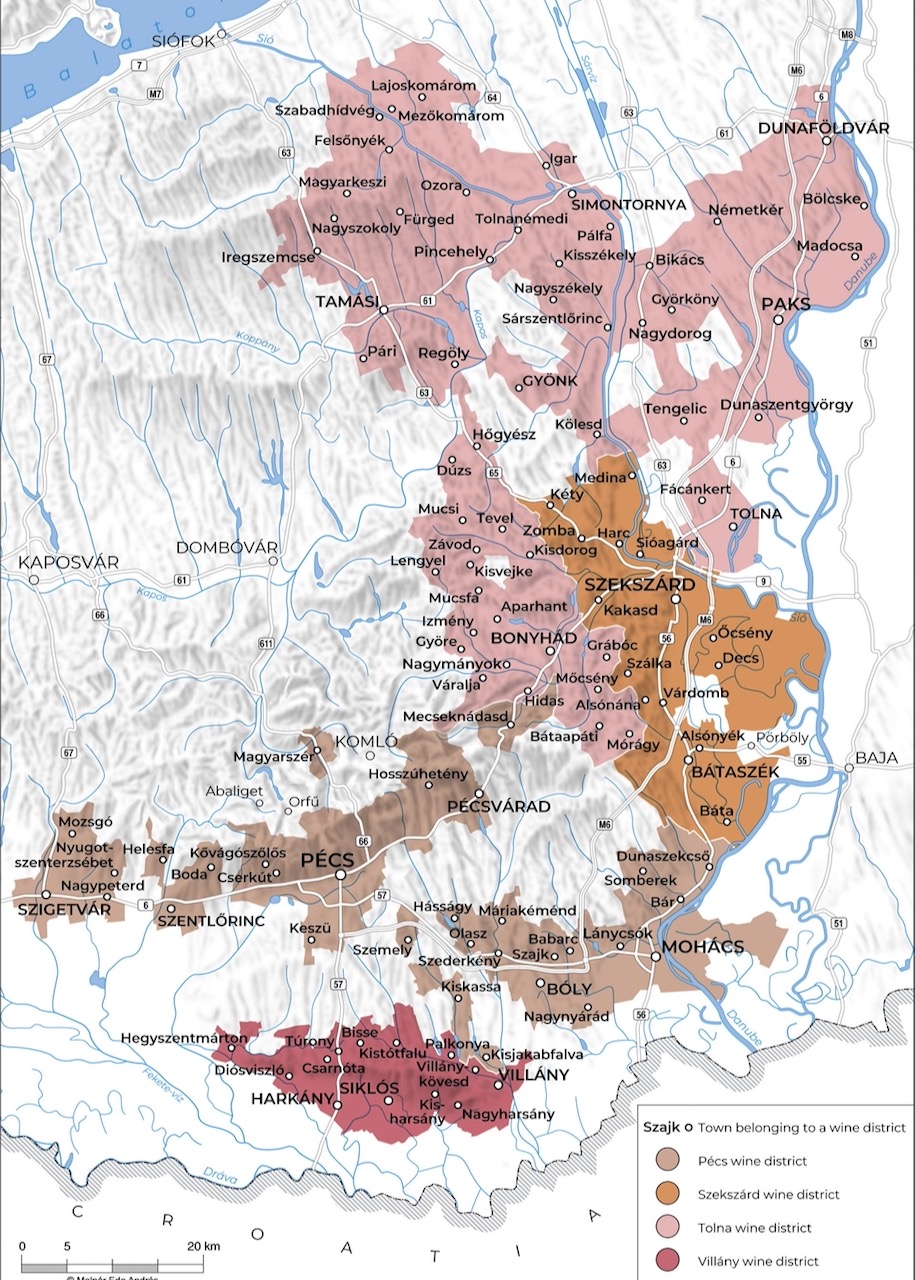 The most important things to know are the sub Mediterranean climate, cool and constant breezes from the Danube, and the protective shelter of Mecsek Mountain. This all culminates in a long, healthy, and warm growing season and little to no risk of frost. See also great conditions for organic/biodynamic viticulture. 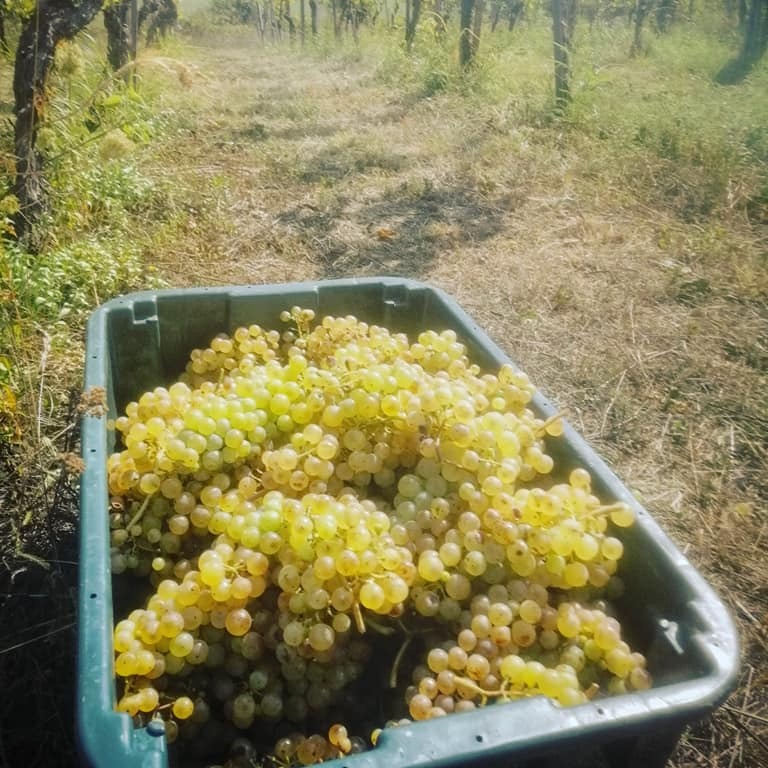 The bedrock is volcanic, but it’s the loess, clay, forest loam, and extremely high lime content that drives the structure of the wines. Historically, and attempting to emulate Tokaj, Furmint and Hárslevelű were both planted although the climate was never suitable to botrytis. Other traditional grapes included Kadarka, Olaszrizling, Traminer, Sárgamuskotály, and later Királyleányka. During the early 1830s Cirfandli came in from Austria and became immensely popular. Despite Phylloxera destroying upwards of 80% of vineyards, Cirfandli remains a calling card white today for the appellation, and given the climate, reds like Kékfrankos, Cabernet Franc, Pinot Noir, and Merlot have taken hold since the early 1990s.

Géza’s 2.5 hectares encompass a mix of the past and present. Everything is farmed according to biodynamic principles including no tilling and organic spraying is kept to a minimum. There’s one hectare each of Kadarka and Cabernet Sauvignon and the rest is a mix of Hárslevelű, Merlot and Cabernet Franc. He’s working on new plantings of Kadarka, Kékfrankos, Olaszrizling and Rajnai (Rhine) Rizling. 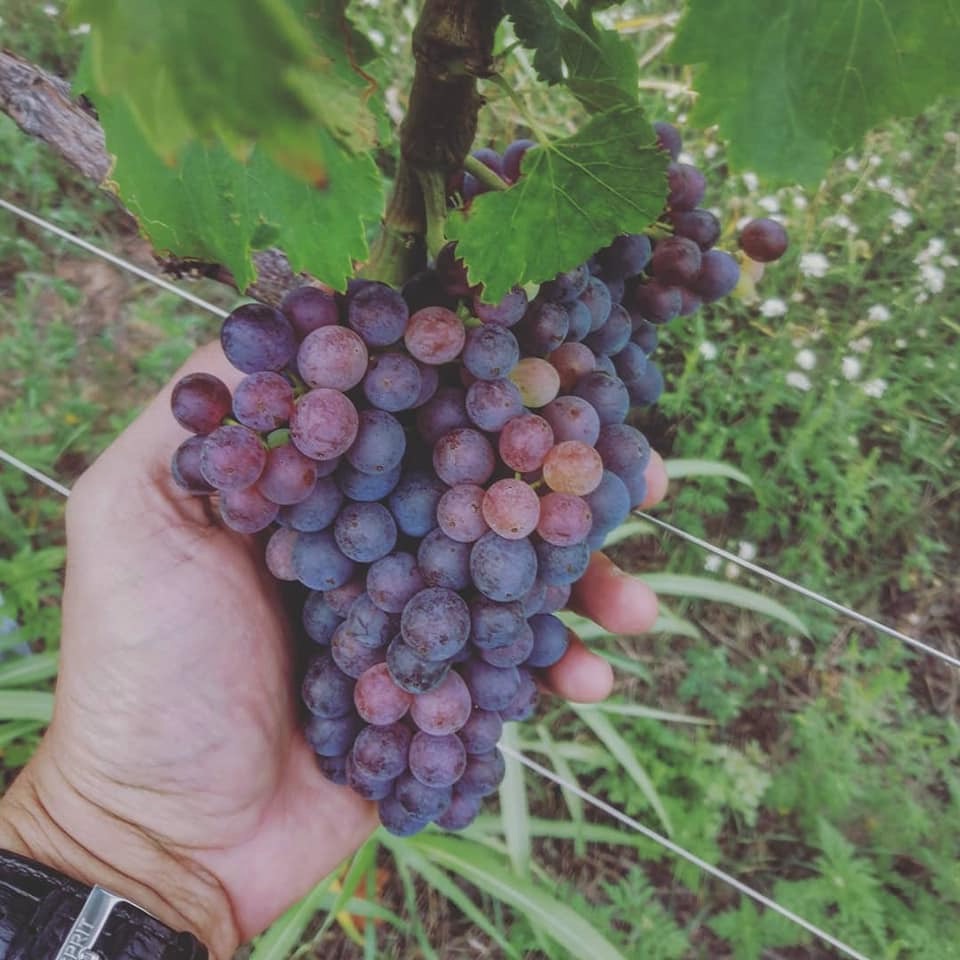 Géza also purchases some organically farmed Grüner Veltliner from Mohács and some Biodynamically farmed Kékfrankos from Szekszárd. 2019 is his first commercial vintage at just under four thousand bottles in total production. 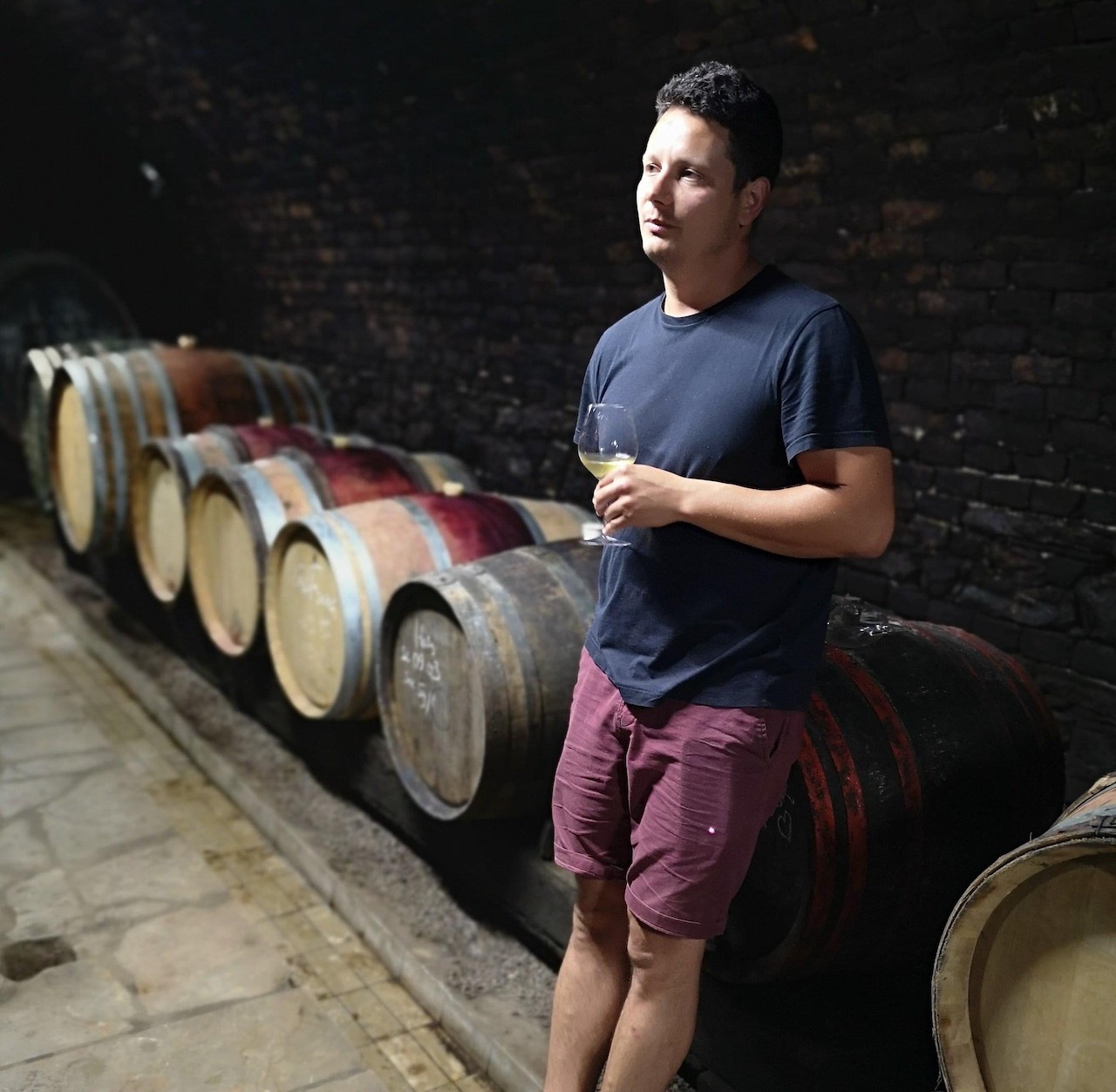 Géza in the cellar

Géza has been following, visiting, tasting and gaining a lot of inspiration from the natural wine movements in both Slovakia and Austria. Organic and or Biodynamic viticulture is paramount, and in the cellar everything is done by hand. Relying mostly on hand destemmed and whole cluster spontaneous fermentation, zero machinery, and gravity, they use a mix of Hungarian and French oak and some steel (mostly for settling/aging). Bottled unfined/unfiltered, there are zero additions apart from 10-20 ppm of SO2 at bottling and many wines are without any. The 2020 vintage is completely without additions. 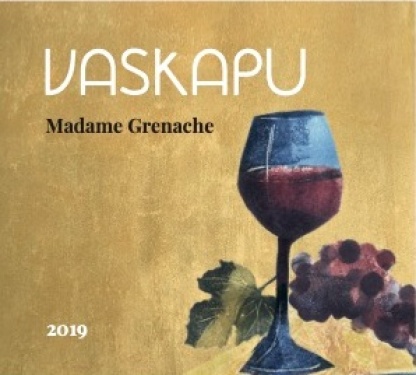 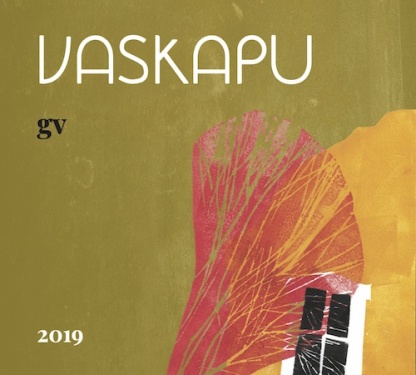 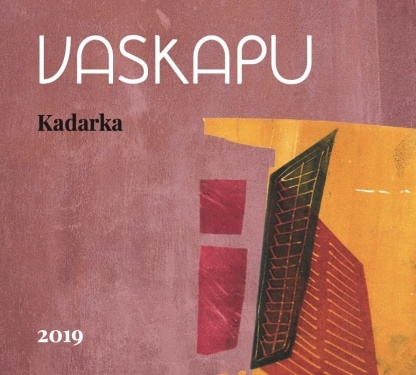 6 different clones of Kadarka were planted on the Jenyei Hill in the early 1990s. This area was already well known for Kadarka in the 19th Century and is the backbone of Géza’s 2.5 hectares. The 2019 had 15 days of semi carbonic maceration with a mixture of food trodden and hand crushed juice to keep fermentation going safely. It was then aged for 1 year in 500L Hungarian (Zemplén) oak. No racking, bottled unfined and unfiltered with less than 10ppm SO2 total. This confirms our ongoing obsession with this grape. It’s light bodied, aromatic, has a little grip, full of life, and is just enjoyable to drink.
Download PDF Fact Sheet 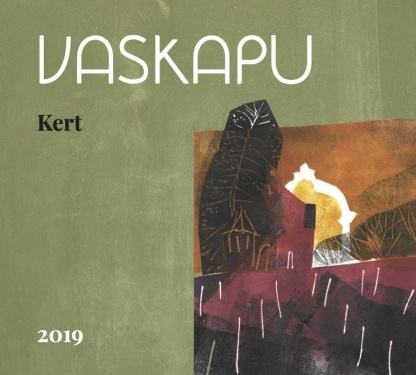