“The Grand Old Man” of Somló, Fekete Béla, is Somló embodied. To know his wines is to know Somló. 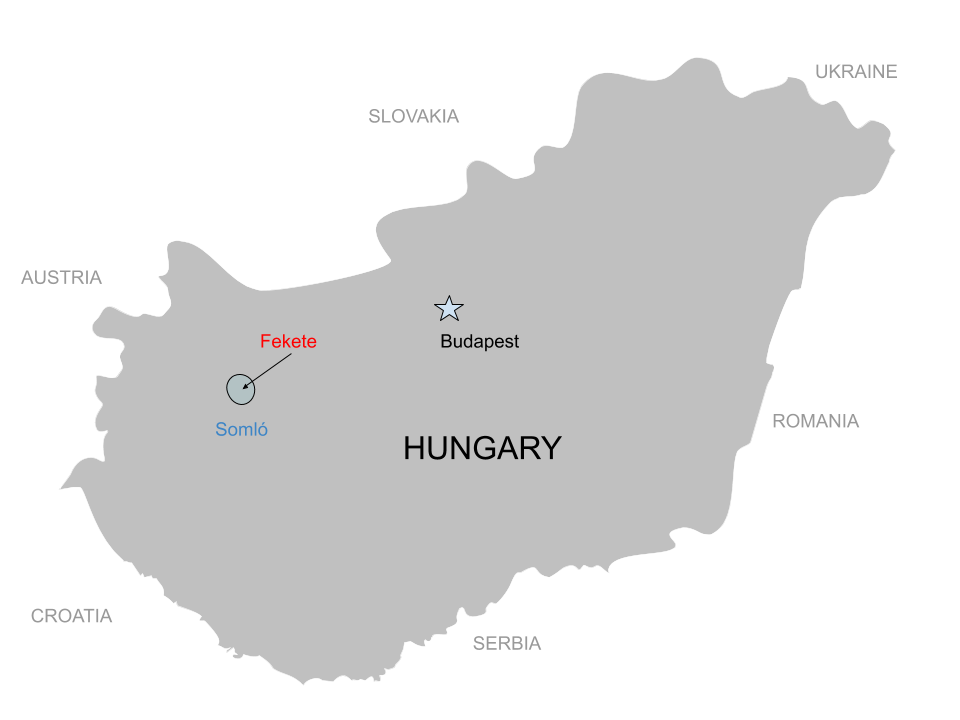 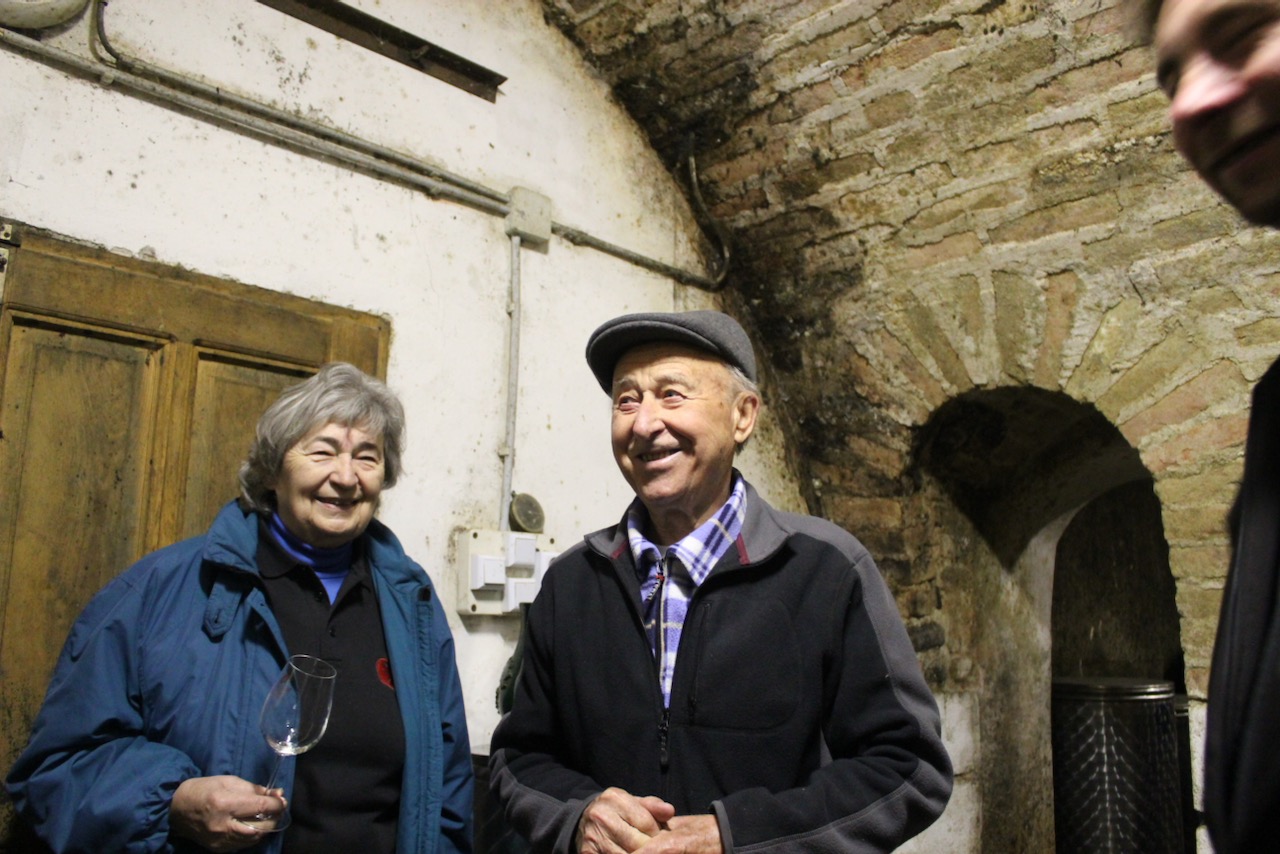 Fekete Béla and his wife Bori

Somló (Shoam-low) is Hungary’s smallest appellation and once an underwater volcano. Now dormant, its slopes of ancient sea sediment, hardened lava, and basalt are home to some of Hungary’s steepest, most densely planted vineyards. Driving up to Somló from Lake Balaton, it’s like seeing an island rise up from the ocean’s horizon — nothing else around survived the retreating ocean. The oldest writings mentioning the wine of Somló date back to 1093 and viticulture all the way back to the Romans. Hungarian Kings bought vineyards here, Maria Theresa and Queen Victoria both praised the wines, and insurgent Hungarian troops fighting against the Hapsburgs would solute the vineyards as they marched past at the end of the 17th century. In 1752, local laws stated that if you were found adding water to wine, expect 25 lashings as the minimum punishment. If you were found to be labeling wine as Somló but using other fruit sources, you would be banned from making wine permanently and might even have your property confiscated. Perhaps most well known is that belief that drinking the wines of Somló before copulation would guarantee a boy. “Nászéjszakák bora” or “wedding wine” was soon the favored wine of the Hapsburgs to keep the Monarchy in full swing. 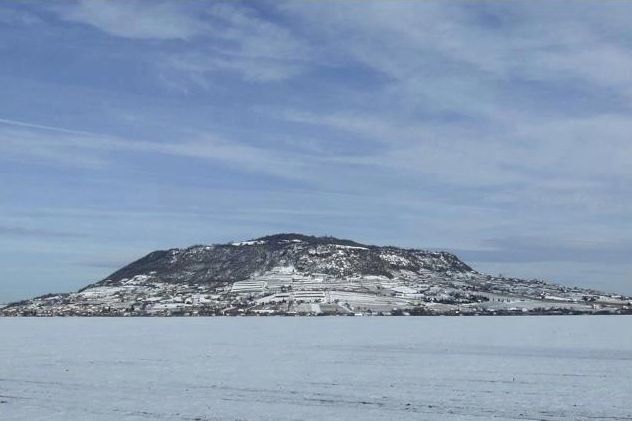 Today, “The Grand Old Man” of Somló is Fekete Béla. 32 years ago, while on a trip to buy grapes for his garage production, a farmer offered to sell his vineyards on the southern slopes. Fekete accepted and approaching 90 years old, still tends his 4 hectares of beloved Fehérvári-cru. Everything is done by hand, and much like the man, his wines are honest, engaging and highly expressive of the region. Focusing on Hárslevelű, Furmint, Olaszrizling, and Juhfark, Uncle Béla, and his wife, Aunt Bori decided that 2013 would be their final vintage. 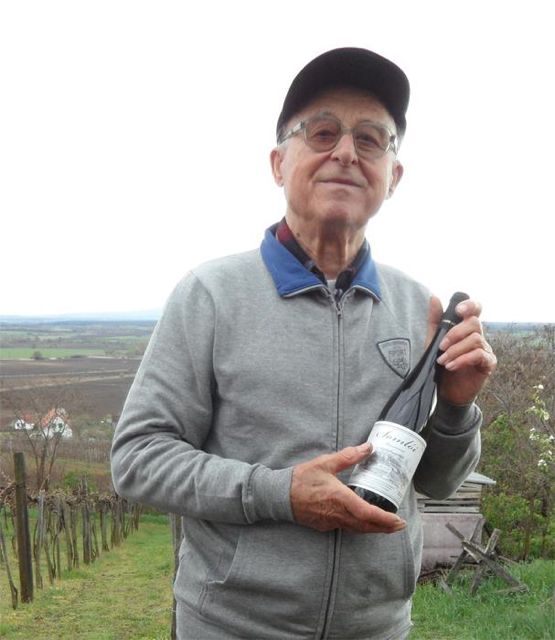 Béla is engaged in a private dialog with his land that’s only possible after decades of working it. His vineyards are not as postcard perfect as his neighbors, nor are they planted to the newest clones. In the summer when others rush to drop fruit in pursuit of the expression and concentration that makes Béla’s wines so enigmatic, he simply smiles at his vines which instead hang heavy. Having listened to the old farmers and the council of others when we started, he’s vines have achieved balance. With 4 hectares dry farmed on the southern slopes, the basalt soil retains heat and a mixture of alluvial and loam soils give just enough nutrients. The vineyards have a secret garden appeal that’s far from a monoculture. Little to no synthetic treatments are used. 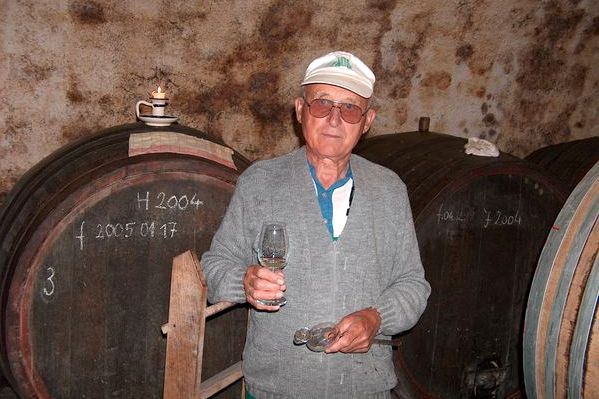 The wines of Somló tend to be high in alcohol, very acidic, and chock-full of smoky volcanic minerality. All wines are meant to be aged and can be fairly aggressive when young. Much like Tokaj, this is an all white appellation so winemaking is geared for structure and strength. After careful hand harvesting and sorting, spontaneous fermentation takes place in old 1200 liter Hungarian oak casks. Without bâtonnage and never completely sealed off from oxygen, all wines are aged for 2 years before bottling. 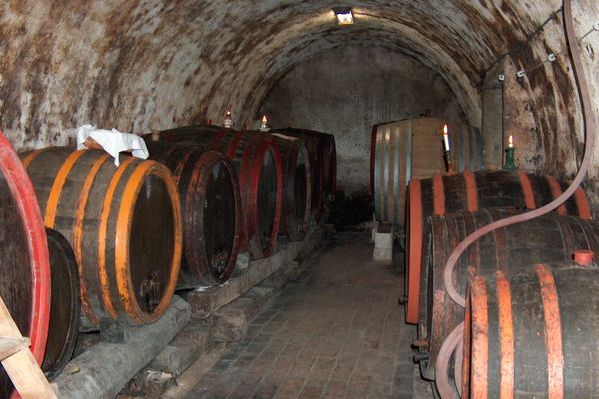 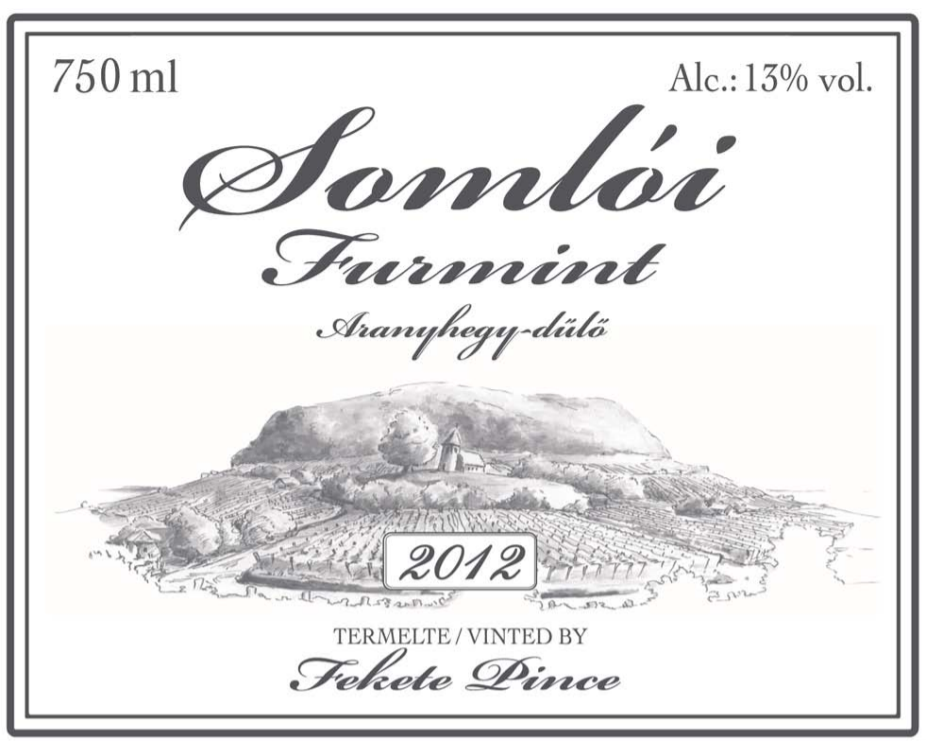 A rich and aromatic Furmint from the unique basalt soils of the Somlo Hill, with distinctive minerality and complexity. Enjoy it with thai-style sea bass, braised chicken with mushroom, or simply as an appetizer.
Download PDF Fact Sheet Literally translating to “Linden Leaf,” Hárslevelű certainly lends itself to the lime blossom teas and mild honeys that Linden trees are known for. More feminine than the Olaszrizlings and Juhfarks in the region, the texture is remarkably smooth and the acids are well balanced. Loosely bunched berries make it difficult for Botrytis to set it so the flavors are also extremely clean and lighter in body. Curries, peanut sauce, baba ganush and anything that plays off of the slightly honeyed volcanic flavors make this wine sing.
Download PDF Fact Sheet 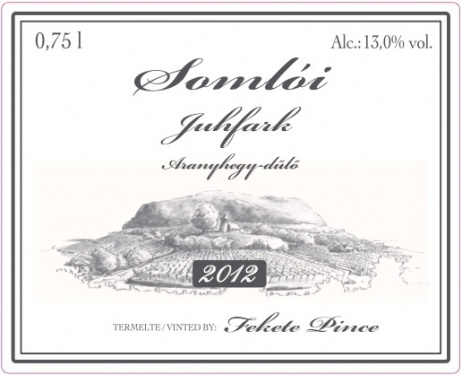 Juhfark (Sheep’s tail) is a distinctive, almost extinct white grape variety found almost exclusively in Somló. The clusters are long, tightly packed and curve a little at the end hence the Sheep’s tail moniker. Naturally very high in acidity, it’s also fairly neutral on its own and instead absorbs and communicates the volcanic terroir rather than pronounced fruit flavors. However, after a few years in bottle this wine really comes alive. According to Bay Area restaurateur Jeff Berlin, “it’s the ultimate yin and yang wine in that it is at once rich, opulent and elegant but has such prominent veins of volcanic ash and minerality running through it at the same time. Super sexy, both masculine and feminine, like a Caligulan feast in a glass.” Although Béla recommends drinking it with roasted wild fowl, Middle Eastern flavors like green olives, roasted red pepper and Za’atar are all amazing flavor combinations.
Download PDF Fact Sheet