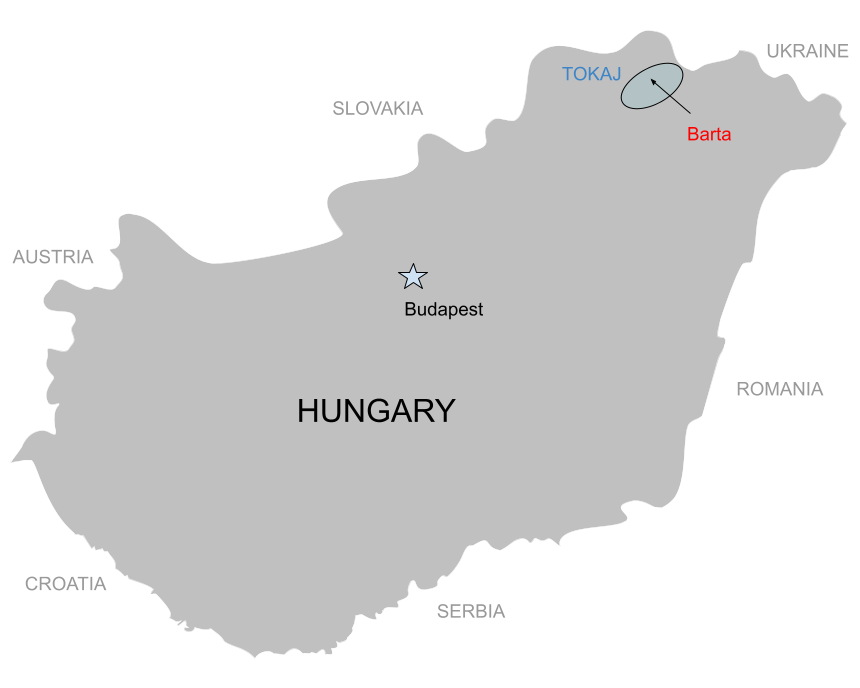 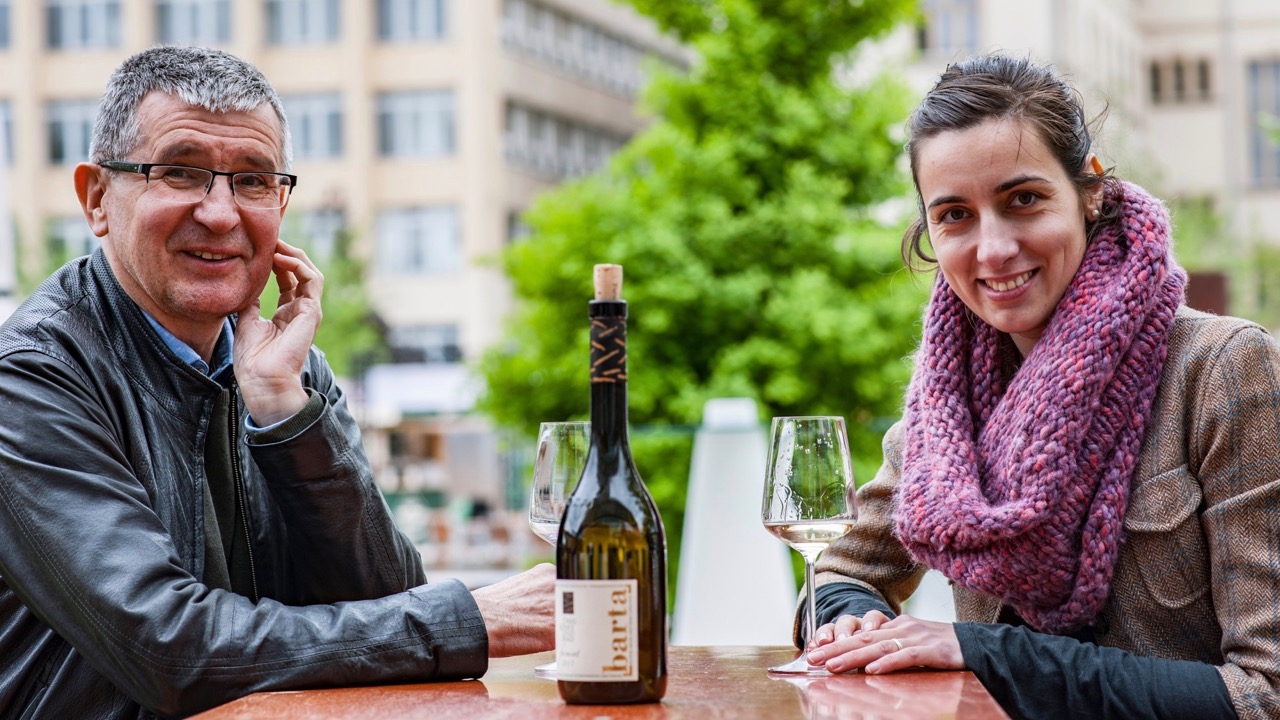 Founded in 2013, we first visited Barta back in 2015 because we had learned that they had brought the famed Öreg Király Dűlő (Old King Vineyard) back to life and restored a 16th century cellar in the town of Mád. At first I was a little leery because the Barta family has no roots in Tokaj, viticulture, or winemaking, but were wealthy outsiders making a big investment. Upon meeting Károly Barta, hearing about his long-term vision, discovering the people he had brought on board to carry this all out, it was clear that the investment was not some sort of ego trip, but an all encompassing investment in and for Tokaj.

Driving towards the village of Mád, it’s impossible to miss the Öreg Király Dűlő. It’s the highest altitude, steepest hillside, and most distinctly terraced vineyard in Tokaj. First mentioned in 1285, a 1st class site from the 1737 Classification, it was tragically fallow from the 1960s until 2004. There’s also written evidence from 1664 that the iconic Rákóczi family, then the rulers of Transylvania, farmed this vineyard. Needless to say, this vineyard has pedigree, was never farmed industrially, and has been resurrected with organic farming and painstaking mending of the terraces. 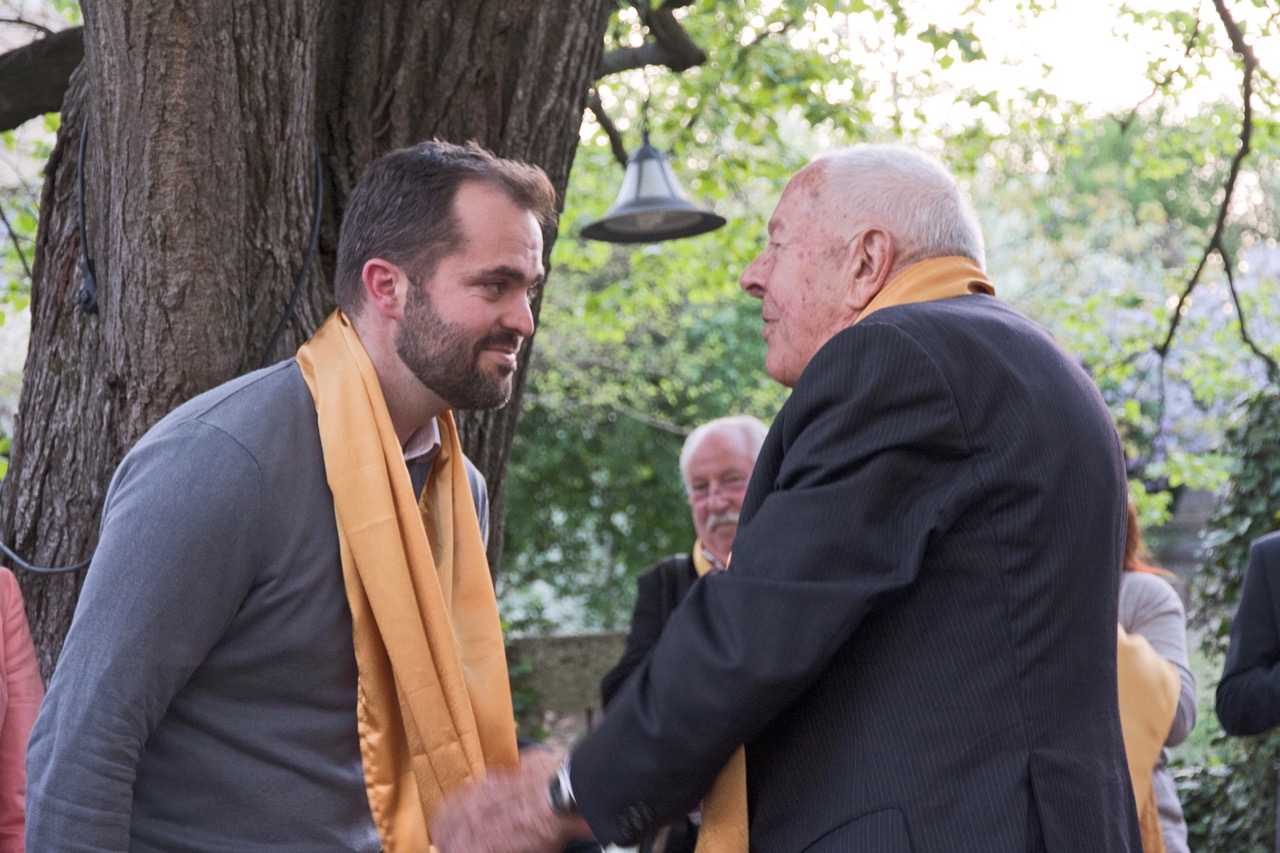 Lastly, Frank Dietrich (founder of Blue Danube Wine Company) and I were also inducted into the Confrérie de Tokaj at the Barta Estate in Mád. The honor of being included in such company and the formal ceremony that followed are among my favorite memories from Tokaj. 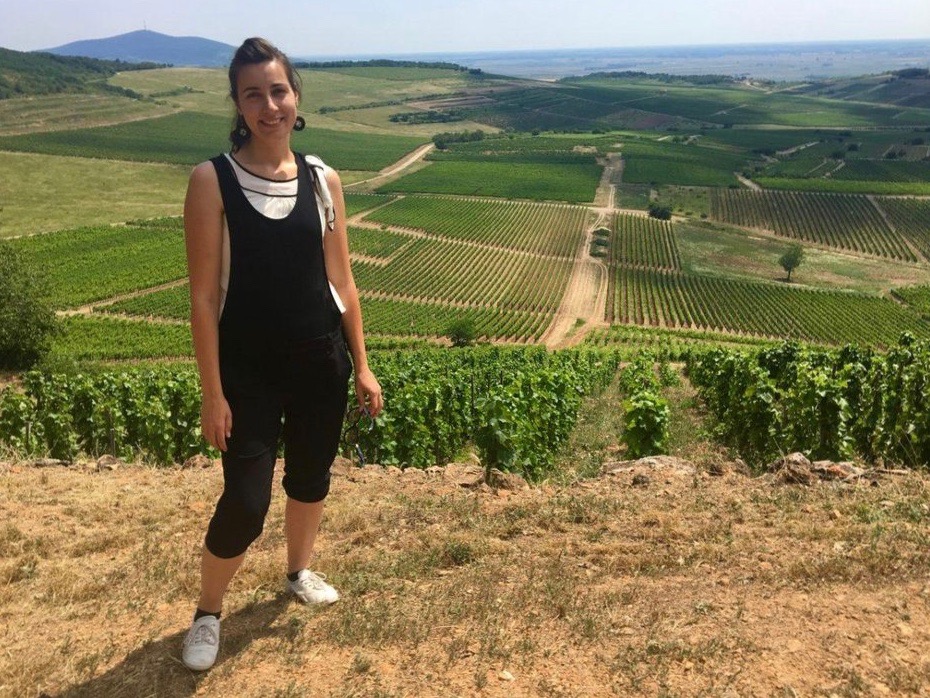 As I alluded to above, Károly Barta doesn’t come from a winemaking or viticulture family. That said, he has surrounded himself with those that do and given them incredible agency and resources. The vineyard manager is János Hajdú, who is also the winemaker at Bodrog Borműhely, another one of our Tokaji estates. In the cellar he hired Attila Homonna whose wines we don’t represent, but who we greatly respect and admire. Attila finished his run after the 2015 vintage (consulted a little bit on the 2016s) and handed over the reigns to Vivien Újvári. Vivien came from the Grof Degenfeld Winery in Tokaj and like Attila, continues to focus on minimal intervention and organic farming. 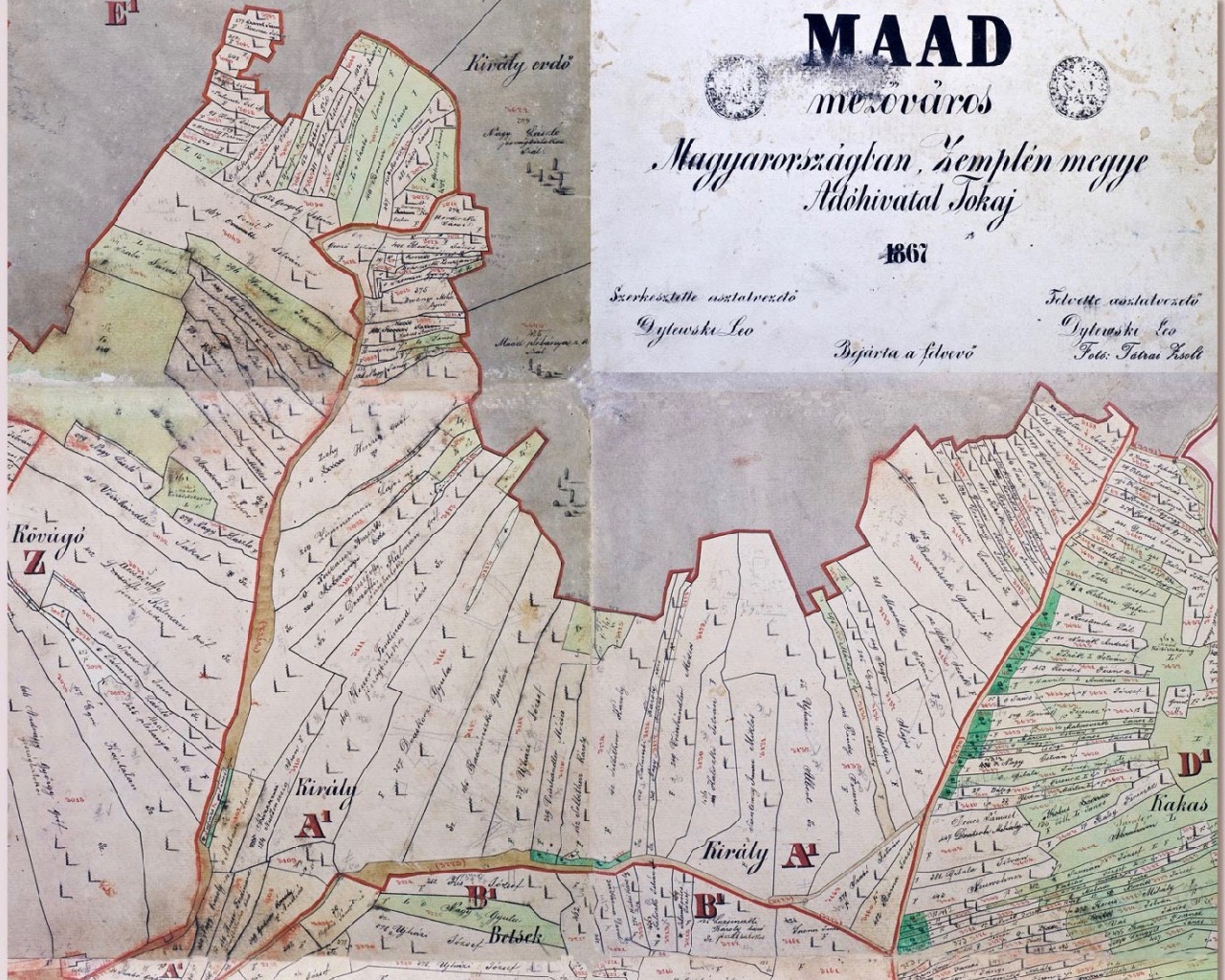 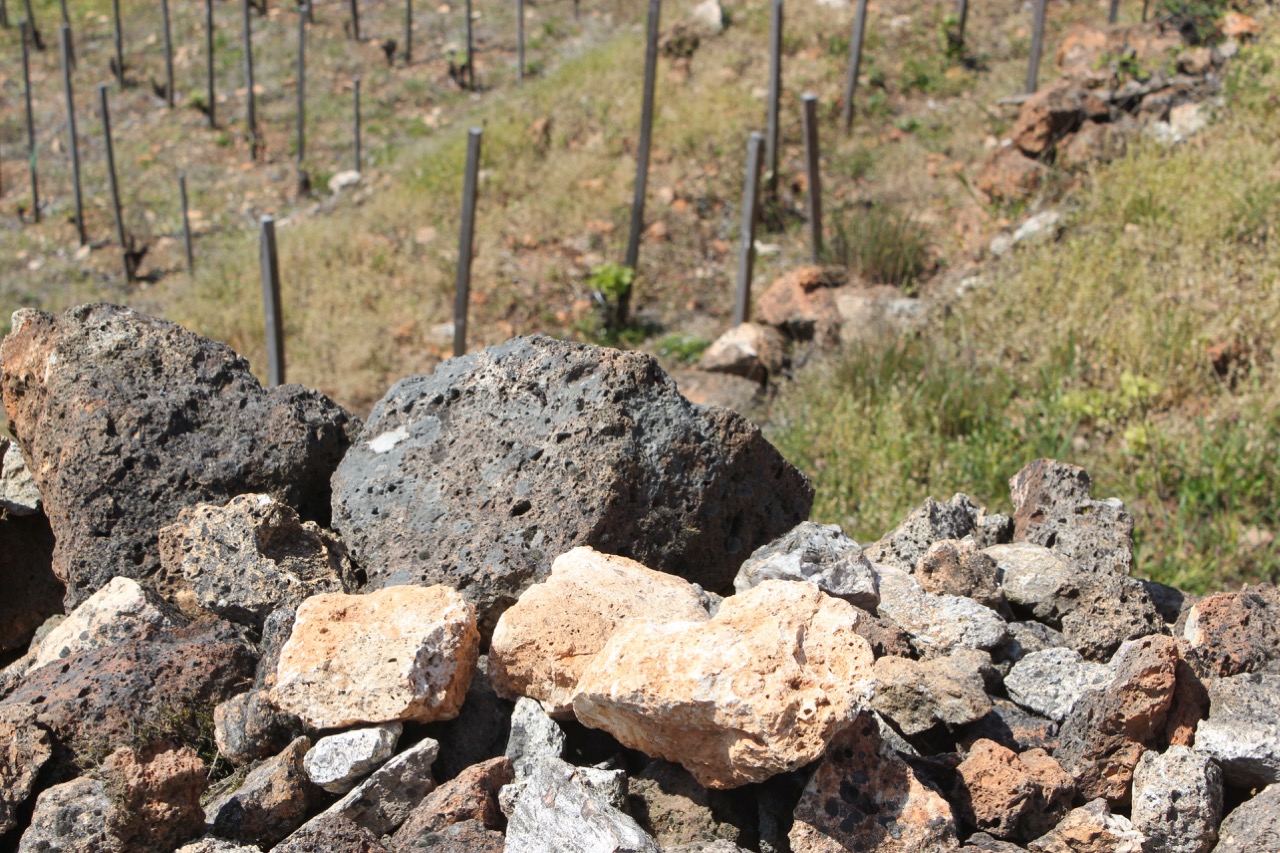 Volcanic rocks and young vines in the vineyard

Carved into volcanic red clay and rhyolite-tuff, work began on resurrecting the terraces and replanting in 2003. Three years later, 10 hectares of stake trained vines and the terrace system were completely restored. While most of the site is dedicated to Furmint, there is also Hárslevelű, Sárga Muskotály, and Kövérszőlő. Farming is organic and due to the forest behind it, wild boars and starlings are the major threats to be managed. 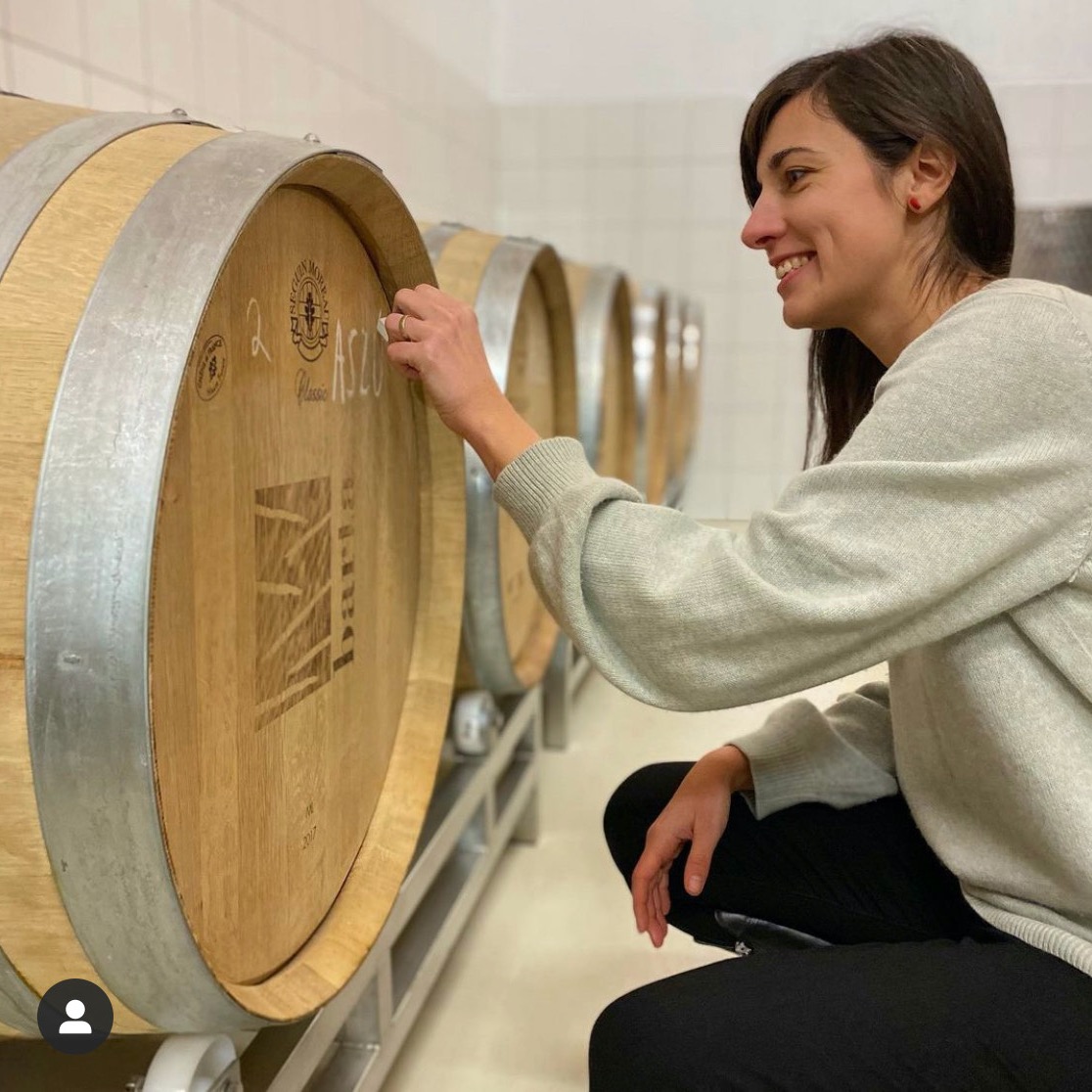 Vivien Újvári in the Cellar

The winemaking follows suite from the viticulture. Since they were given a vineyard that had never seen industrial chemicals ever, so shall it be in the cellar. All fermentations are spontaneous and nothing else is added apart from SO2. The 2015 Furmint was fermented and aged 9 months in 500L Hungarian Oak in the 16th Century cellar beneath the estate. It was bottled in August of 2016. 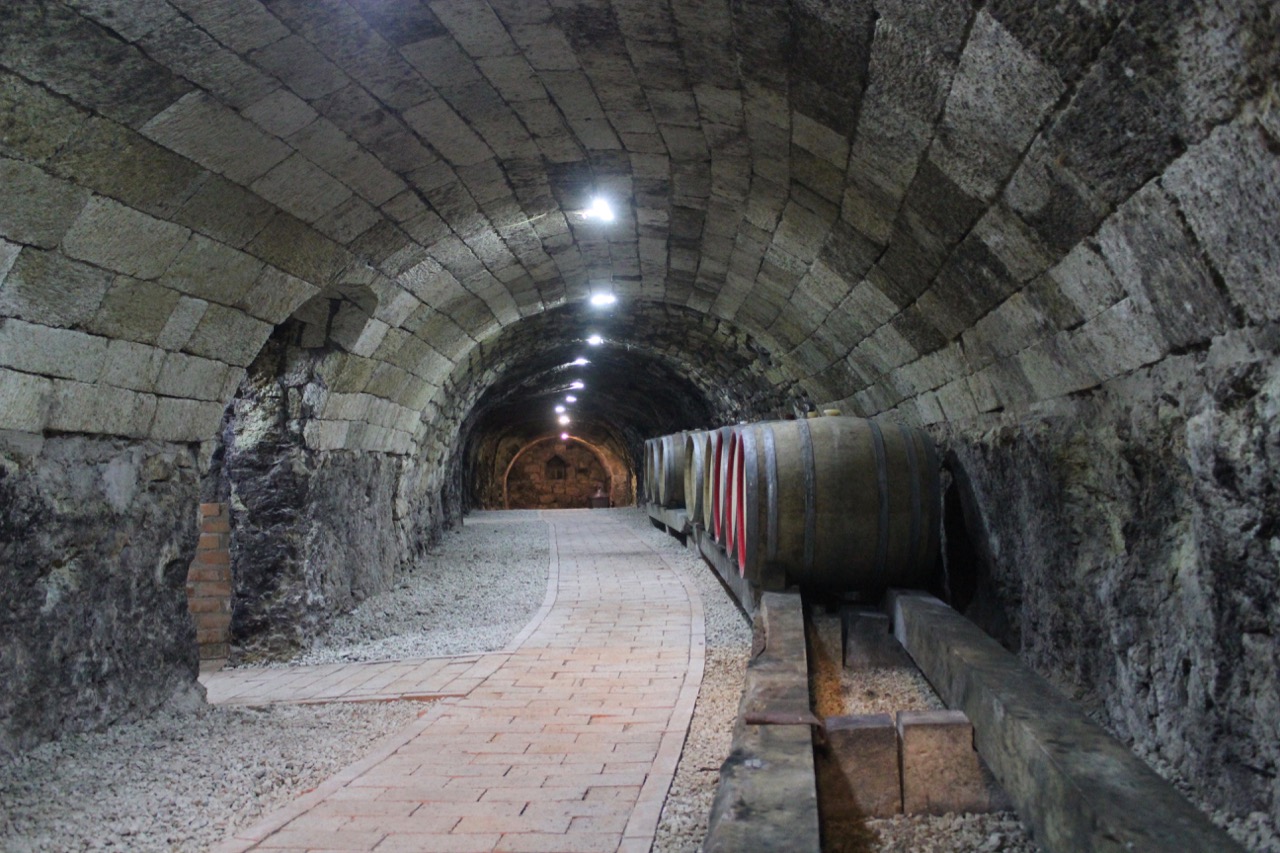 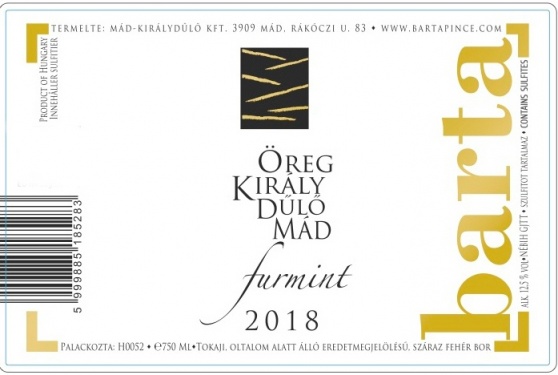 We are lucky to be offering this with 5 years of age on it. Furmint, like many other grapes sharing the same parentage (Riesling, Chardonnay etc…) need time to come together. 2015 was a warm and dry vintage. Not ideal for botrytis, but allowed for a lower disease pressure vintage and picking for ripeness. Acid is a given in Tokaj. It is immediately Tokaj – smoky, honeyed, spicy, aromatic without being perfumey, and weighty with a ton of brightness. Anyone into salty whites, high-toned Chenin, and “dry” Riesling will be really happy with this.
Download PDF Fact Sheet 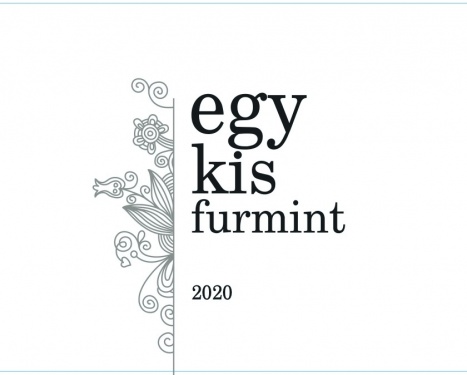 "A little dry Furmint" is what the name of this wine means. 2020 was a cool vintage with below-average number of sunny days, slowing down the ripening of grapes. Our insistence on a perfectly ripe crop resulted in delaying the harvest until the skin of grapes had turned yellow, which eventually meant that the picking for this wine started on 21st September and finished on 18th October. 10 per cent of the juice was fermented in oak barrels, the rest in a steel tank.
Download PDF Fact Sheet